The History of Dunster Beach

We looked back through the ages to find out about the history of this iconic rural village. Home to Dunster Castle, the settlement at Dunster grew up around the safety of its high walls. The Domesday survey of 1086 mentions Dunster Castle as a fort, which gives you an idea as to the age of the town. To the south west and on the coast of Somerset, Dunster Beach has a separate history with its early roots in that same ancient period. It all starts with King Edward I…

The Early Days of Dunster Beach

King Edward I gifted this land to Sir Reginald de Mohun. He took up residence in the castle included in the parcel. Back then, Dunster Beach was a freshwater lake that joined the River Avill by way of the now dried up channel at The Hawn. Along The Hawn, a medieval port called Dunster Haven sat in the river. A road connected the port to the beach. Over the years, the owner of the castle collected dues from the port to pay for the dredging of The Haven. Without regular maintenance, the port eventually silted up. By the 1500s, it was no longer passable to large ships.

The nearby port of Minehead gradually replaced Dunster Haven, which port officials had to limit to small boats. Interestingly enough, Dunster Beach shows evidence of both smuggler activity and fossils. Smugglers favoured it because of this restriction to smaller boats. Regardless of boat size, the Hawn saw use by smaller craft right up until the 17th century. 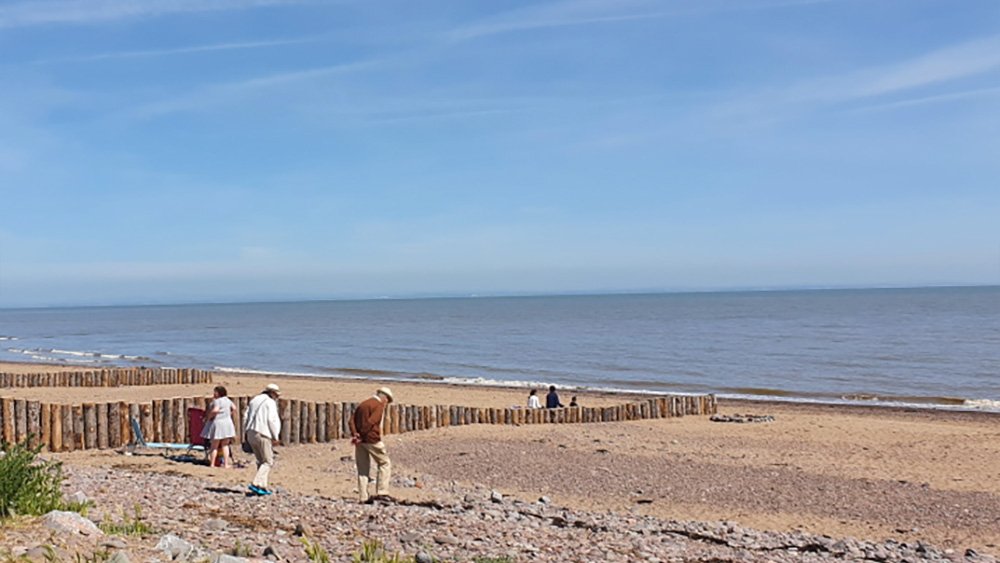 Those of us familiar with Dunster Beach now know it as a holiday home site. There are many chalets and a golf course backs the beach and site. The holiday home began as a chalet site in the 1920s. In 1934, the records show one Miss Counsell who visited and selected a plot. She built a chalet and her rent was £3 a year. If only rent prices were still this price! Then one year later, the local council granted permission for more chalets.

In the Second World War, the chalet site was acquisition by the army. They built defences along the shoreline on Dunster Beach and even erected brick buildings. They paid the residents rent for evicting them. Miss Counsell had rented them her chalet only to complain to the Commanding Officer on the army’s vacation. They had left nails all over her house. She reported that the site was a mess. She was lucky, though. A neighbour came home to find two aircraft on her stretch of beach. They bought it at significant risk in 1965 for £55,000. They managed to secure the funds through loans and by way of forming a corporation known as the Beachlands (Dunster) Ltd. It was a risky move, but they owned themselves. The residents were each able to contribute to the organisation to keep the holiday site in good repair. They renamed themselves Dunster Beach Holidays and the rest, as they say, is history.