The Priory Church of St George in Dunster is predominantly 15th-century showing evidence of 12th and 13th century work and it has been designated as a Grade 1 listed building.

It is known this Church was started by William de Moyon during the 11th century, with the tower was built by Jon Marys of Stogursey who received the contract from the parish in 1442 and was paid 13s 4d for each foot in height and £1 for the pinnacles with the work being completed within 3 years.

The church was restored in 1875 to 1877 by George Edmund Street. The church has a cruciform plan with a central four-stage tower, built in 1443 with diagonal buttresses, a stair turret and single bell-chamber windows. 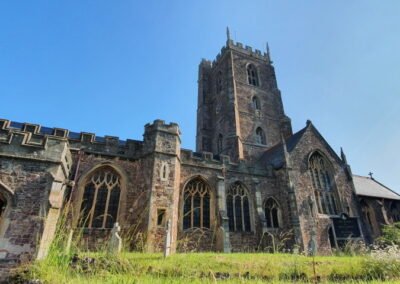 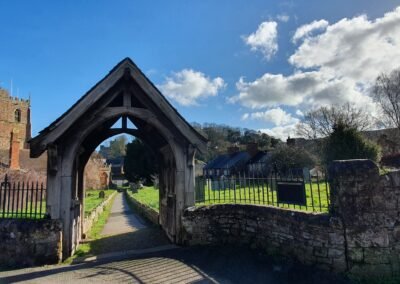 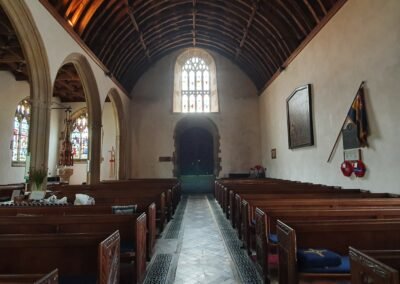 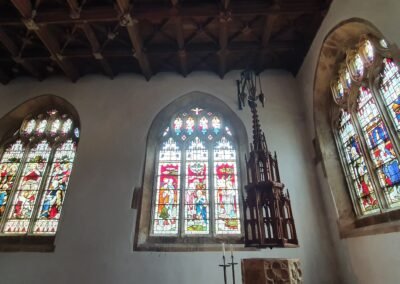 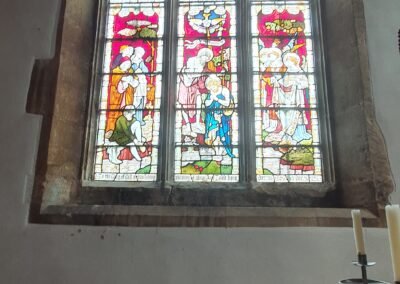